You are here: Home1 / The Saladmaster Cooking System2 / History

Saladmaster was established in 1946.  However, the company began operation on January 5, 1947, in the home of Harry Lemmons. With a capital of $9,000, Mr. Lemmons purchased office equipment, inventory, and sales prizes.

When the company began, the inventory consisted of one product – the Saladmaster Machine.  Today the Saladmaster Machine is world renown. Saladmaster began with three salesman and ended its first year with a total of 100 distributors.  Saladmaster’s growth forced Mr. Lemmons to move from his home to a larger facility at 4503 Worth Street in Dallas, Texas, where he operated for the next two years.

Saladmaster continued to grow and in 1949, Mr. Lemmons invested $50,000 in a new building located at 131 Howell Street, Dallas, Texas.  The company remained there for the next 43 years.

At the national convention in 1950, Mr. Lemmons introduced another exclusive product to his sales force, Mirror Masterbuilt Aluminum Cookware.  This set included the exclusive vapo-valve in the covers.  Stainless Steel Cookware was not available at that time.  Mr. Lemmons was featured in the Wall Street Journal. 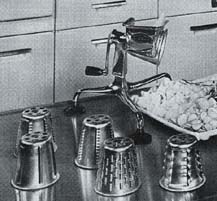 In the 1970’s, Saladmaster was listed among the Texas top 100 corporations.  In 1979, Regal Ware, Inc., acquired Saladmaster because they believed Saladmaster had the potential to be the leader in the cookware industry.

Sales continued to grow and by 1992, Saladmaster was experiencing significant growing pains and literally was bursting at the seams for warehouse space to store product and to house employees.  Due to the size of warehouse space needed, it was difficult to find a facility in the Dallas metropolitan area that was suitable for Saladmaster.  Therefore, Saladmaster relocated to Arlington, Texas between two major cities, Dallas and Fort Worth, which was equally convenient to the airport.

In 1994, Saladmaster introduced T-304/316L (7 ply) Surgical Stainless Steel Cookware.  Saladmaster ended 1994 with the best year in the history of the company.

In 2001, Saladmaster once again broke away from conventional cooking equipment with Versa Tec. This ushered in an era of the Complete Kitchen System.

With consistency in performance and design a new name emerged in 2007 – Saladmaster Solutions XP-7. 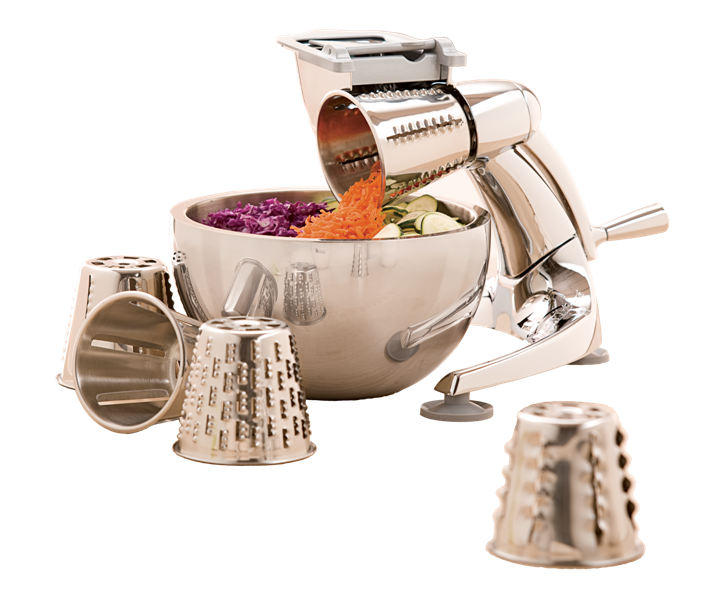 In February 2008, Saladmaster introduced the world to Saladmaster 316Ti – Titanium Stainless Steel Cookware. Saladmaster is the only cookware company in the world to offer products made of 316Ti steel made in steel mills in the U.S. and Switzerland. It’s clean, pure and safe.

In 2017, Saladmaster moved to a larger modernized facility in Fort Worth, Texas and has expanded distribution in over 45 countries. Today, Saladmaster flourishes with a plan of direction and a sales force that is enthusiastic, motivated, and believes in its products. Our current Solutions Line offers customers the most beneficial “solution” to all their food preparation needs.

Saladmaster is actively moving forward with investment in research and the latest technology to deliver the next generation of cookware.